[Functions and Indications]
To tonify qi, nourish yin, activate blood, unblock the collaterals, clear the heart and tranquilize the mind. Indicated for premature ventricular contraction of coronary heart disease due to deficiency of qi and yin and heart vessel stasis and obstruction, manifested as palpitations and restlessness, shortness of breath and lack of strength, aggravated upon exertion, oppressive pain in the chest, insomnia and dream disturbed sleep, night sweating, and lethargy.

[Dosage] Take orally, 2 to 4 capsules/time, 3 times/day, 4 weeks for a course of treatment.

Arrhythmia seriously threats human health and life. There was no new drug for the treatment of arrhythmia in western medicine over the past 20 years. Existing arrhythmia western medicines have the bigger side effect and may increase mortality even. Clinical evidence-based medicine research has confirmed that Shensong Yangxin Capsule can effectively treat premature beat and paroxysmal atrial fibrillation, improve slow ventricular rate, significantly relieve clinical symptoms such as palpitation, shortness of breath, and insomnia, and has no adverse cardiac reactions. It has been praised by the majority of doctors and patients, and become the leading brand for the treatment of arrhythmia in China.

Slow-type diseases
268 cases of slow-type bradyarrhythmia: The total effective rate of Shensong Yangxin was 63.5%, and the average ventricular rate was increased by 7.09 beats / min. The lower the ventricular rate, the more obvious the improvement. 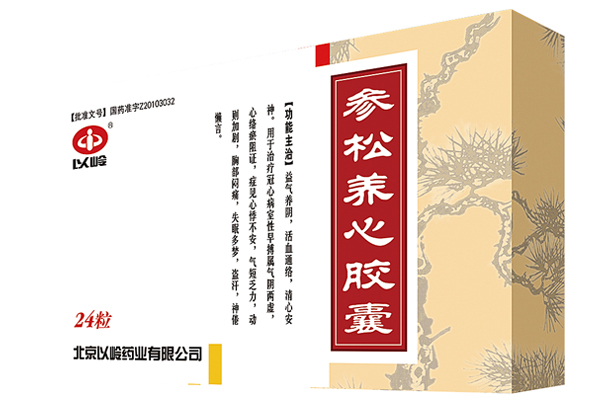