During the efforts to prevent and control the epidemic, “3 medicines and 3 prescriptions” are selected from traditional Chinese medicine in China, including the representative medicine “Lianhua Qingwen”, produced by Yiling pharmaceutical, which has been widely used during public epidemic prevention. In addition, with the increasing popularity of the drug, scientists have carried out a series of […]

Yiling Pharmaceutical released the three-quarter report on the evening of October 28. In the first three quarters, the operating income of the company reached CNY 8.112 billion, up 25.81% year on year; the net profit attributable to shareholders of the listed company hit CNY 1.224 billion, up 20.43% from the previous year, surpassing that of last year as […]

“We are registering LianhuaQingwen Capsule/Granule (a Chinese medicine that is conducive to curing novel coronavirus pneumonia) in Pakistan.“We expect it to be approved by the end of the year”, Zhang Yunling, Deputy General Manager of Yiling Pharmaceutical told China Economic Net in an interview. Recently, the company signed a Memorandum of Strategic Cooperation to set […]

The Ministry of Health of Cambodia released a home-based therapeutic regimen for asymptomatic and mildly symptomatic patients with COVID-19 on Monday so as to reasonably allocate medical resources and address increasingly severe COVID-19 epidemic. Chinese medicine LianhuaQingwen Capsules produced by Yiling Pharmaceutical has been selected into this regimen and recommended to be applicable to the home-based treatment […] 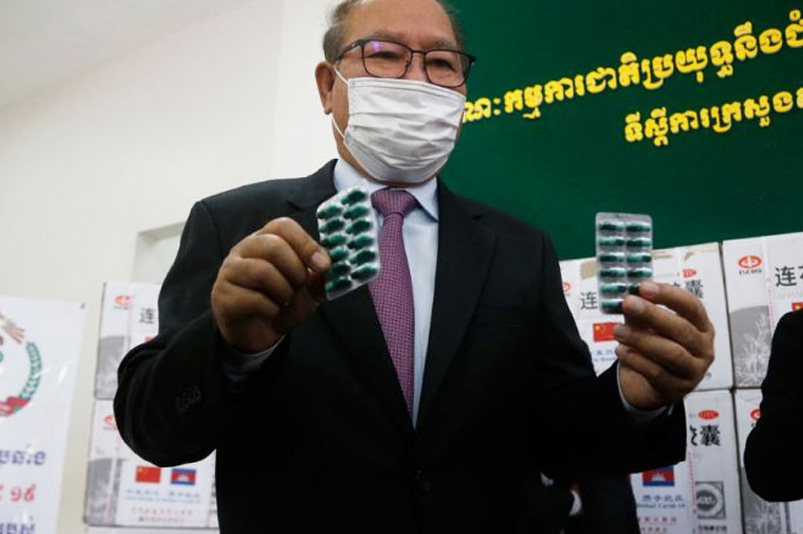 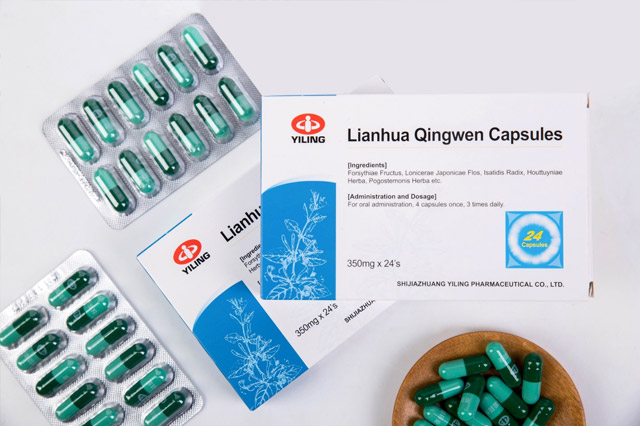 BEIJING, May 6, 2021 /PRNewswire/ — Recently, new progress has been made in the study of the pharmacologically active ingredients and mechanism of Chinese medicine Lianhua Qingwen Capsules in the prevention and treatment of COVID-19. Lianhua Qingwen Capsules is an innovative Chinese medicine developed by Yiling Pharmaceutical, which is mainly used for the treatment of cold, flu […] 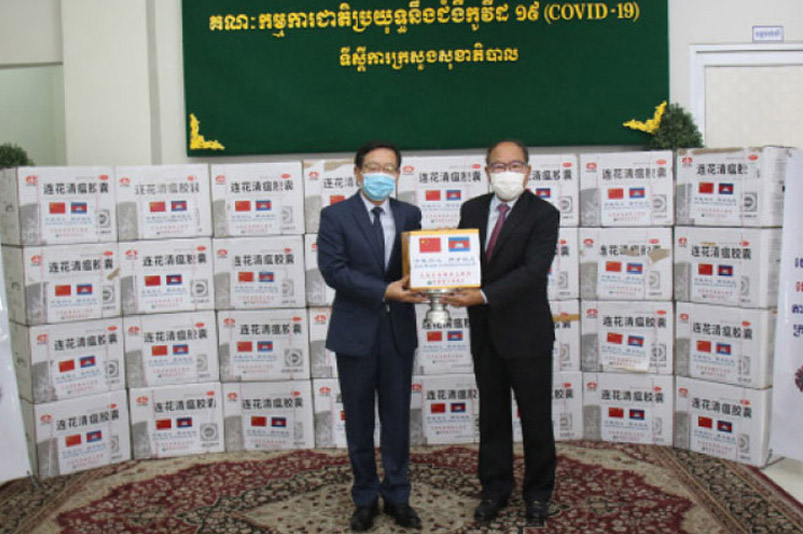 Minister of Health Mam Bun Heng and Chinese Ambassador to Cambodia Wang Wentian at the handover ceremony of the Lianhua Qingwen Capsules donation. The donation is to help treat COVID-19 patients and strengthen Cambodia’s efforts to contain the rapid spread of virus. KT/Khem Sovannara Cambodia has taken delivery of 88,000 boxes of traditional medicine (TCM), Lianhua […]