[Functions and Indications]
Tongxinluo Capsules is a representative drug for the treatment of cardiovascular and cerebrovascular diseases guided by the innovation of collateral disease theory. It can effectively prevent the occurrence of arteriosclerosis by its exact lipid-lowering, anti-inflammatory, anticoagulant and vascular endothelial protection, and is suitable for the prevention of hypertension, hyperlipidemia, hyperglycemia and obesity. By virtue of its effect of relieving vasospasm and reversing and stabilizing plaques, it can be used in the treatment of atherosclerotic plaques and reduce the occurrence of myocardial infarction and cerebral infarction caused by plaque rupture. It can protect capillaries, improve the blood flow perfusion for microcirculation, solve the worldwide problems of microvascular protection, and has definite curative effect on the treatment and prevention of the recurrence of acute myocardial infarction and cerebral infarction and also diabetic microvascular complications.

[Dosage] Take orally, 2 to 4 capsules/time, 3 times/day, 4 weeks for a course of treatment. 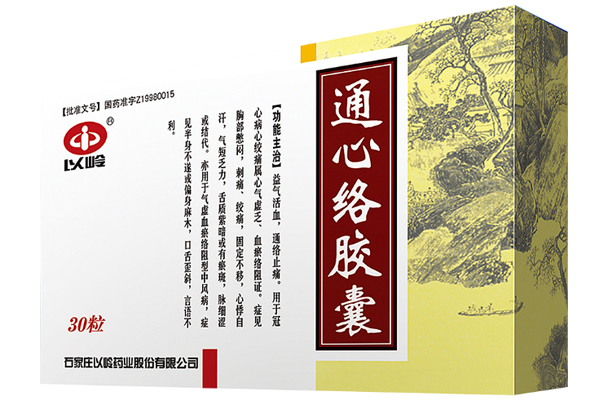