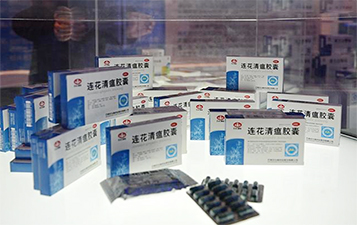 SHIJIAZHUANG, China, May 12, 2022 — Yiling Pharmaceutical disclosed Wednesday that it had received the medicine approval document for Lianhua Qingwen Capsules from the National Agency for Food and Drug Administration and Control (NAFDAC), Nigeria. The Product Category is Herbal and Nutraceuticals. Lianhua Qingwen is one of Yiling’s leading products. As a drug included in […] 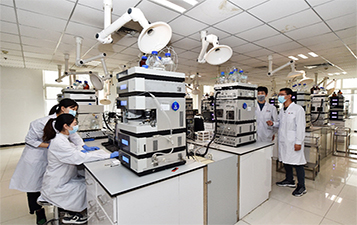 Yiling Pharmaceutical Reports Revenue of $1.53B in 2021 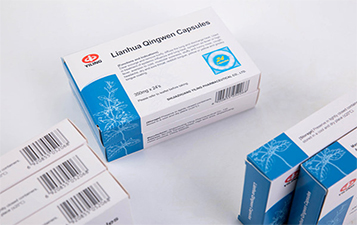 SHIJIAZHUANG, China, March 21, 2022  — On March 19, the Media Briefing on Prevention and Control of COVID-19 with Lianhua Qingwen Capsules, a patented Chinese medicine developed and produced by Yiling Pharmaceutical, was convened in Shijiazhuang City, Hebei Province, at which the in vitro experimental results of Lianhua Qingwen Capsules against SARS-CoV-2 Omicron variant by […] 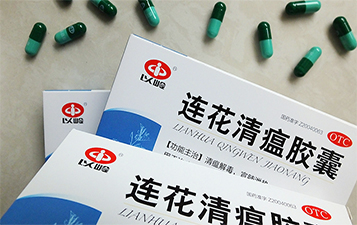 Chinese drug producer Shijiazhuang Yiling Pharmaceutical, supplier of the famous Chinese herbal medicine, Lianhua Qingwen, has ramped up production to provide the much needed treatment to the Hong Kong Special Administrative Region (HKSAR). The measure came as an answer to the call to support the city to control the virus. In the week from February […] 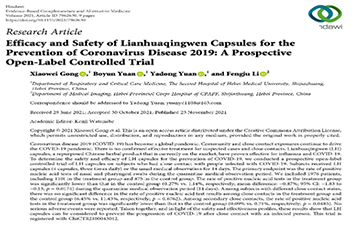 “Lianhua Qingwen capsules conferred preventive effects on those exposed to COVID-19”, claimed an article titled “Efficacy and Safety of Lianhuaqingwen Capsules for the Prevention of Coronavirus Disease 2019: A Prospective Open-Label Controlled Trial”, published November in the journal of Evidence-based Complementary and Alternative Medicine. According to the article, this is the first clinical trial that demonstrates […]

During the efforts to prevent and control the epidemic, “3 medicines and 3 prescriptions” are selected from traditional Chinese medicine in China, including the representative medicine “Lianhua Qingwen”, produced by Yiling pharmaceutical, which has been widely used during public epidemic prevention. In addition, with the increasing popularity of the drug, scientists have carried out a series of […]

Yiling Pharmaceutical released the three-quarter report on the evening of October 28. In the first three quarters, the operating income of the company reached CNY 8.112 billion, up 25.81% year on year; the net profit attributable to shareholders of the listed company hit CNY 1.224 billion, up 20.43% from the previous year, surpassing that of last year as […]

“We are registering LianhuaQingwen Capsule/Granule (a Chinese medicine that is conducive to curing novel coronavirus pneumonia) in Pakistan.“We expect it to be approved by the end of the year”, Zhang Yunling, Deputy General Manager of Yiling Pharmaceutical told China Economic Net in an interview. Recently, the company signed a Memorandum of Strategic Cooperation to set […]